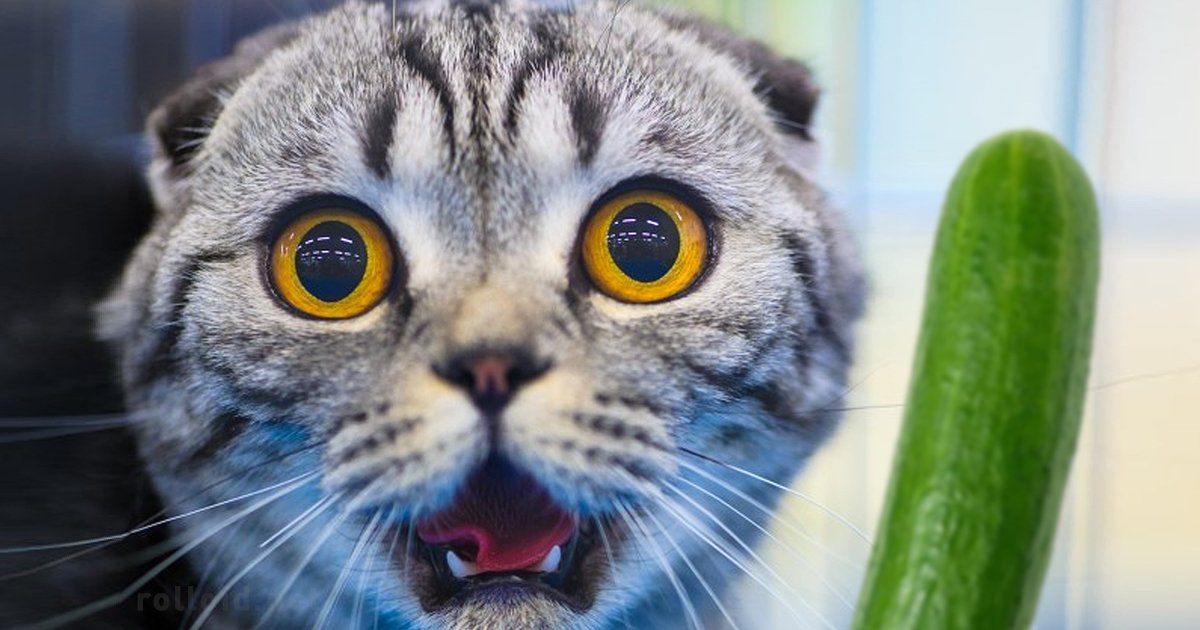 Why do cats hate cucumbers?

In case you are wondering why do cats hate cucumbers, you have probably seen the set of videos that went viral about three years ago.  In such videos, people would inadvertently (for the cat) place a cucumber behind a cat while eating.  When the cat turned and would see the cucumber, it scared the living feline out of him and send him on a scary escape from it.

Now, why do cats hate cucumbers?  Well, it is simple, really.  Cats hate cucumbers because they are a vegetable, and who doesn’t hate vegetables!?  Nah, we’re kidding.  There is an actual scientific explanation to it.


What is up with the cucumber?

Before you go on making conclusions on if whether a cat ancestor was terribly punished by a cucumber, you should remember that cats are naturally curious.  They like to be aware of their surroundings and love to do surveillance work.  This is why they love to climb shelves, closets, and high places-to get a good view of what is going on in the house.

So it is not the cucumber itself that makes them insanely scared, but the unexpected appearance of an object that was not there.  This sudden appearance does not give the cat the opportunity of sneaking towards it to inspect it.  Uncertainty will scare the cat.  Placing an orange, an apple, or pretty much any object will have the same effect.

Cat are suspicious of anything that moves rapidly, lights up erratically, or makes a sound.  In other words, if they do not understand it, they will be suspicious about it.  We, humans, are no different like that really.

Thankfully, this “trend” of scaring your cat is long gone, but if it is the first time you hear about it and want to try it on your own cat (you’re just as curious as he is!), we will advise you not to.  Some experts suggest that, if we were to answer the question of why do cats hate cucumbers, it could probably be that they confuse it with a snake on a first glimpse.  The fact that a snake was able to sneak behind them like that is scary.

Either way, it is not nice to scare your cat like that.  This will cause unnecessary stress on your cat.  You might have noticed that placing the cucumber behind the cat is done while he is eating.  Imagine you peacefully eating your food in your happy place and someone from behind scares the soul out of you.  Your cat might no longer associate his eating time with tranquility and peace.

Besides that, you can also bring harm to your cat as he can get hurt while trying to escape.  Here in Dogalize, we want you to be the cat owner your feline ball of fur deserves.  Let us help you with our vast collection of info and resources.  Visit us to learn more.