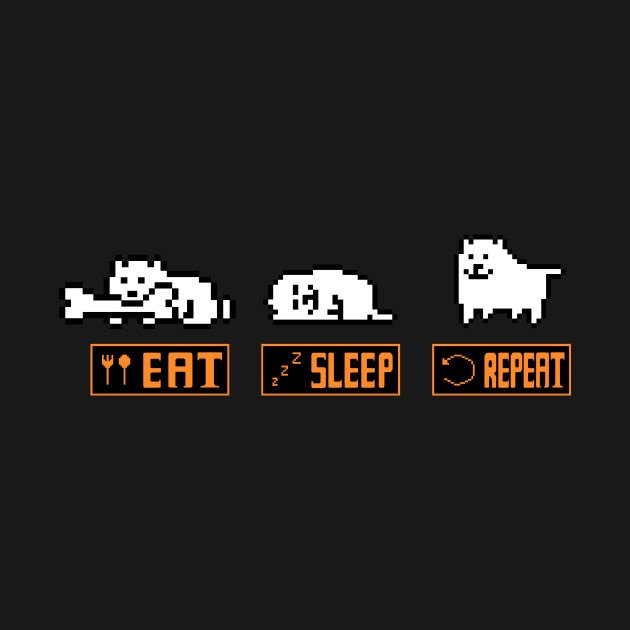 Some characteristics of the Undertale Dog

In the game, this Undertale dog shows up in several parts of the game, especially around Papyrus. The real name of the dog is Annoying Dog and it is called that for a reason. Whenever he shows up during the game, it will comedically ruin the player´s plans.

The Annoying Dog is also known as Annoy Dog. He is a miscellaneous character in the game universe. His effects are mostly to steal mysterious artifacts when dropped or used. That is pretty much the function of this annoying dog.

The role of the annoying dog in the game

The Undertale dog appears in many instances during the game. For example, he appears as a part of Papyrus gauntlet of deadly terror. The Annoying Dog appears dangling hanging from a rope tied around his body.

He also appears during the sequence of “special attack”.  In this instance, he is chewing on Papyrus’s special bone. When Papyrus gets mad about it, the dog walks away with the bone.

The game includes a bomb defusal sequence where the Annoying Dog is a bomb that the main player can defuse.

The Dog also appears on the Piano Puzzle. When the protagonist plays the right notes, a door to an Artifact Room opens, where the Annoying dog is part of the inventory.

There are many other instances in the game where the dog appears. Being able to maneuver around this little character has to do with the player´s skills.

Here in Dogalize we have information and amazing resources to help you take better care of your loving annoying dog. Visit us to learn more about it.