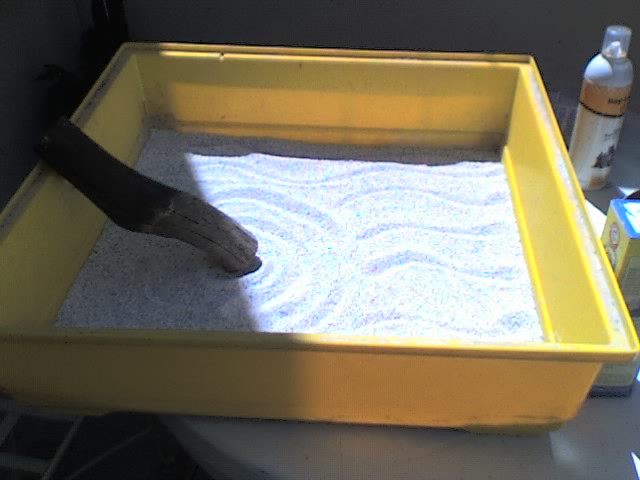 cat litter box – As a cat owner, you are probably accustomed to his bizarre behavior. Well, whatever it is that you consider abnormal, it is actually normal. If you have ever wondered why do cats run from the litter box after pooping it’s because you consider it weird.

You find it hard to think that your cat has something urgent to do all the time right after going No. 2 on the litter box that makes him want to run like crazy. Since we cannot ask them, we only have theories based on observations made by experts and cat lovers.

cat litter box –We have this theory of why do cats run from the litter box after pooping. Back in the wild, cats would try to relieve themselves far from their lairs as to not give their position to potential predators.

Once they were done, they would quickly run back to their lair, not in a straight line, but in a rather erratic motion, in case they were being followed. Today cats, which are much less concerned of predators simply inherited this behavior. This could also explain why kitties prefer the neighbor’s lawn than their own.

cat litter box – This could be one reason, but then it could be ruled out. If there is any discomfort when defecating and/or urinating, the cat will just bolt away from whatever caused it (choose the best cat litter). However, this is not always the case, as explained before. This means that we go back to other hypotheses.

Cat litter box: cat can’t stand the smell of his own poop

cat litter box – This one sounds interesting but probably unlikely.  A cat will dislike the smell of its own poop and just run away from it before it sticks to his fur. So, if anyone asks you, “why do cats run from their litter box right after pooping?”, you might reply, “wouldn’t you? Ew!”

But then, cats really enjoy tearing through the house too much for it to be an escape. This leaves us with one final theory.

cat litter box – Relieving themselves puts cats in a playful mode. So, right after they are done, they jolt of joy. Just like in humans, the vagus nerve runs from the colon to the brain. The act of defecating stimulates this nerve and may cause exhilaration.

There might be a couple more reasons of why do cats run from the litter box after pooping. In Dogalize, we want to help you take care of that runner. This is why we have the most complete library of information and resources for pets and pet owners. Visit us and check out everything we have in store for you. You can even discover your cat type.