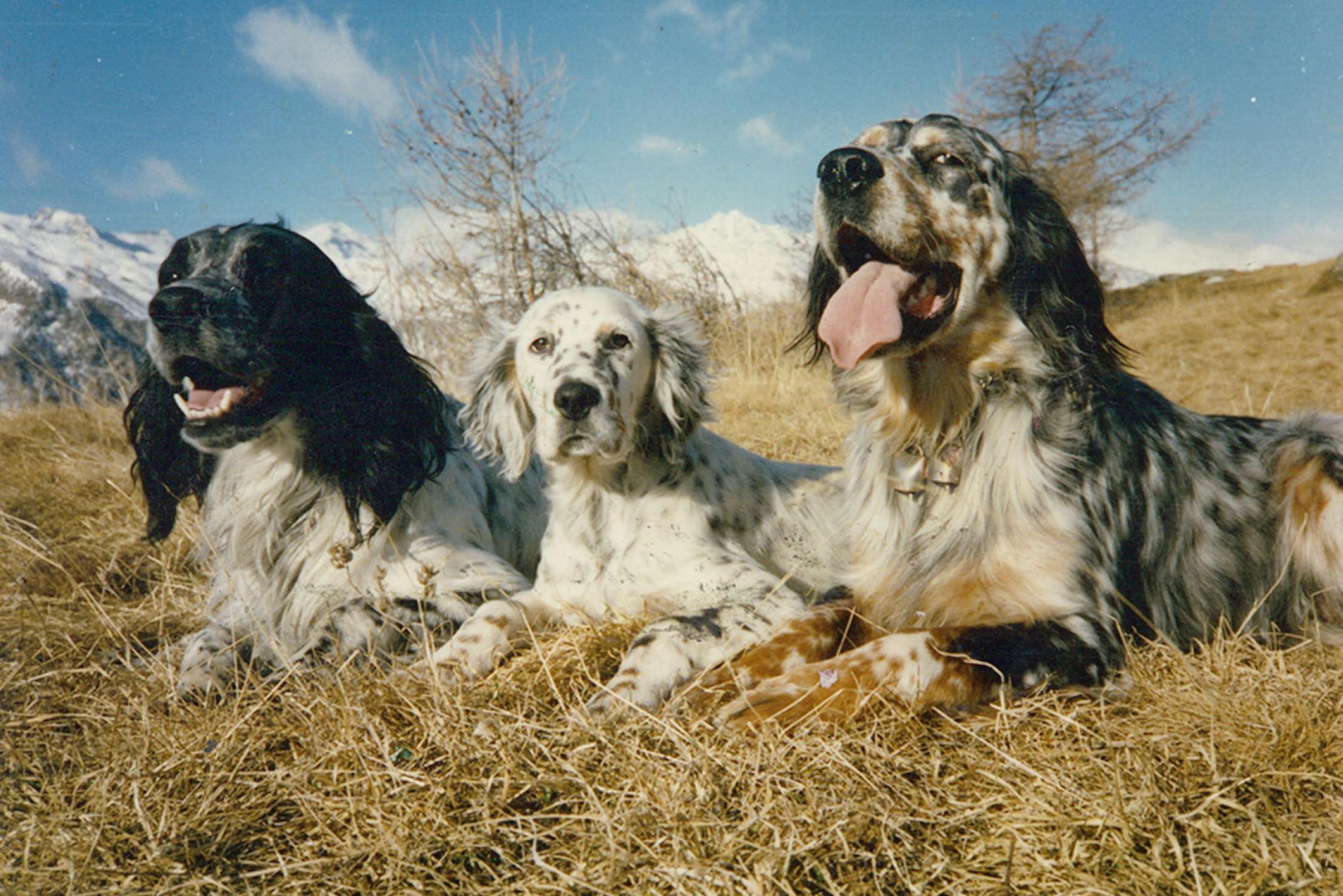 The English Setter is a medium-sized dog member of the Setter family.  This is a mellow but also a mischievous dog.  It makes a good hunting dog as well as a sweet family pet. There friendly and mellow personality has earned them being known as the gentleman of the canine world.

These dogs go as far as 400 years ago when they were used as hunting dogs in England.  The English Setter as it is today was developed in the 19th century by Englishman Edward Laverack.

The English Setter dogs are medium-sized and elegant.  The base color of their coat is white with characteristic dark freckles.

The males stand 25 to 27 inches while the females can be 23 to 25 inches tall. The females, which can have slightly smaller heads weigh 45 to 55 pounds while the males weigh 65 to 80 pounds.

This dog is affectionate, kind, and gentle. They are playful and will engage in sports pretty actively.  The English Setter dog will bark loudly when a stranger approaches but will be friendly with strangers once introduced to them.

Caring for an English Setter dog

English Setters are home dogs.  Ideally, they will live between indoors and a nice fenced yard.  This dog will appreciate a half-hour walk.  They need special exercise routines based on their age.

Training at an early age is important.  Just like most dogs, English Setter puppies will chew on anything in your house.  Crate training is important.  When you have to leave the house, put him inside a sturdy crate with a hard toy to chew.

Follow us here in Dogalize to learn more about this and other breeds.  We have updated information on how to better care for your pet.