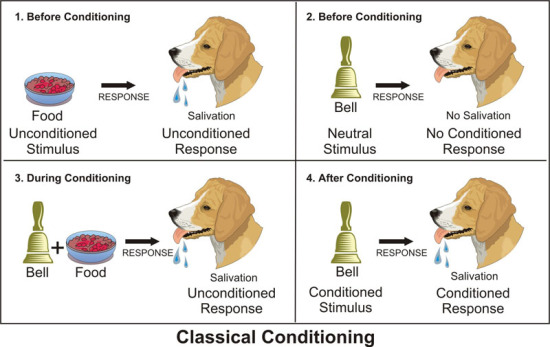 You have probably heard about Pavlov Dog for a while now. But do you know what it is about and what does it have anything to do with classical conditioning? Let’s take a closer look at what it is about.

Ivan Petrovich Pavlov was a Russian physiologist who is well remembered for his discovery of classical conditioning or Pavlovian conditioning. He was a prominent scientist and a pretty curious one. He was born on September 14, 1849, at Ryazan.

He dedicated his life to science after abandoning his religious path. In 1904, he received the Nobel Prize for physiology or medicine, becoming the first Russian to ever get one.

Who was the Pavlov Dog?

Pavlov was making observations on dogs salivation every time they were given food. He noticed how, after some time, the dogs would salivate due to the mere act of him coming into the room, even when he was not bringing them food. This happened during the 1890s.

So Pavlov designed an experiment with this dog. He wanted to prove the existence of a programmed response, one that is hardwired due to its connection with a different stimulus. He had his assistant bring them food every time. Then he measured the dogs’ salivation when his assistant would come in and notice the same amount as when the dog was presented with food.

Pavlov used a bell as a neutral stimulus that dogs would associate with food. At some point, when the dog had associated the stimulus of the bell with salivating, the dogs would salivate to the sound of the bell.

How did it Help with Classical Conditioning?

Pavlov realized that he had made a great discovery. The Pavlov dog associated the bell and the food and a new behavior had been learned. This is the main tenet of classical or Pavlovian psychology.

Here in Dogalize, we care about your pet and you as an owner. This is why we have a nice selection of information and tons of resources for you and your pooch. Love him as he deserves and visit us to learn more.