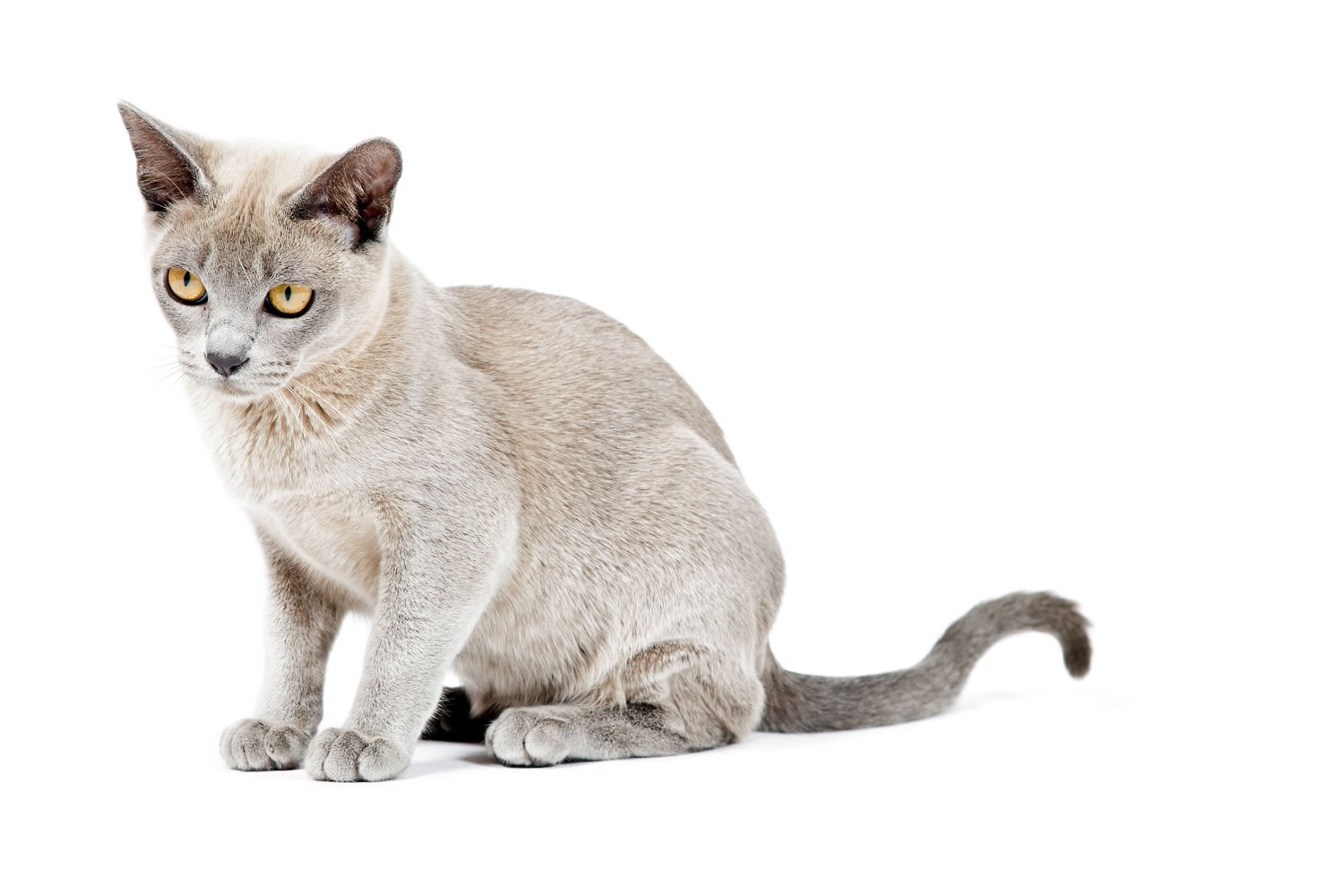 Original from Southeast Asia, but developed in the United States, the Burmese cat is a domestic cat whose name means copper color. This muscular and compact cat is the result of the cross between an American Siamese and a female cat named Wong Mau.

The ancestors of the Burmese cat are the Siamese and the copper cat of Burma. In 1930, Dr. Joseph Cheesman Thompson brought a small, dark brown cat named Wong Mau to San Francisco. She was bred with a sealpoint Siamese named Tai Mau. Thompson then bred with her sons to produce the characteristic dark brown kittens, which became the foundation of the modern Burmese cat.

The breed currently has two versions. Their main differences are the shape of their bodies and heads. The British version has a more slender body while the American one is a bit more sturdy.  The coat is fine, glossy, and short. The satin color should be uniform all over except on the lower parts.

In both cases, the Burmese cat is a medium-sized cat weighing from 8 to 14 pounds.

These cats are very people-oriented. So much that some people believe that they have puppy-like characteristics. They carry their kitten-like energy and playfulness into adulthood. He is an intelligent breed who seeks human companionship at all times, which is why is not a good idea to leave him alone for a long time.

The Burmese cat is friendly, energetic, and highly curious. He has a sweet and soft voice that he enjoys sharing in a conversation. If you want to have company all the time and don´t mind privacy, this is the cat for you. He will follow you everywhere.

Caring for a Burmese cat

The Burmese cat will stay playful into adulthood. He will explore every corner of the house. Play with interactive toys to stimulate his mind. You can also teach him some tricks besides fetching, sitting, rolling over, and come.

Here in Dogalize we know how much you love your pets. This is why we have resources for you and your feline friend. Get in touch to learn more.