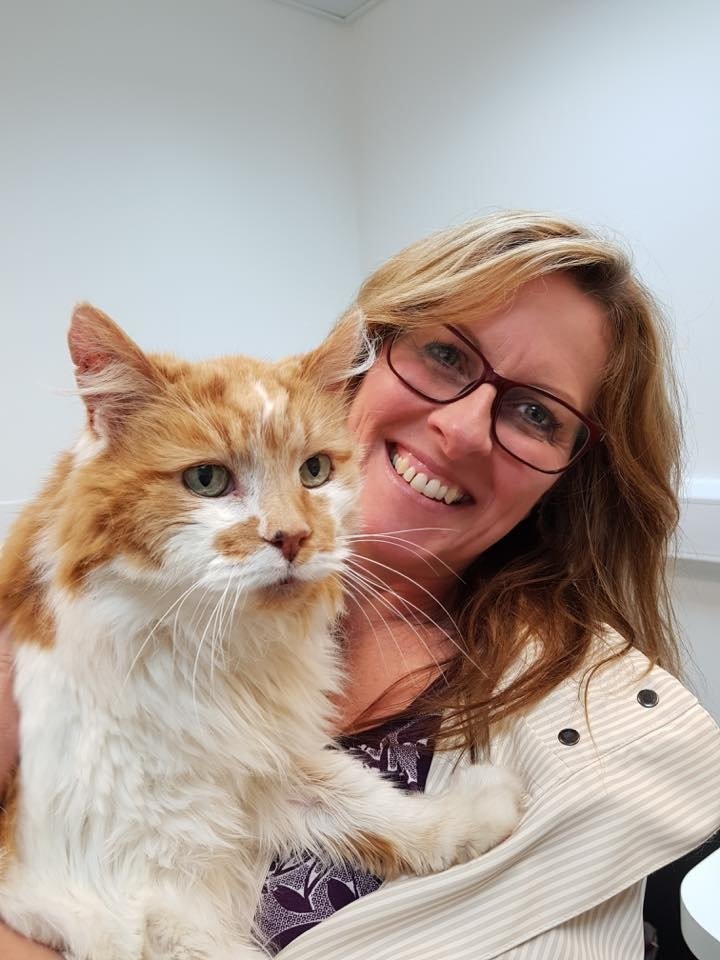 Cats are smaller in comparison to dogs. This means that their smaller body has fewer demands and will, therefore, live longer. A domestic cat will very well live up to 17 to 20 years. We have heard of cats that hit the 22 mark. Now, behold the world’s oldest cat still alive today.

Our search for the world’s oldest cat we have to go to the UK. There, specifically in Exeter, Devon, lives what is thought to be the oldest cat alive with his owner, Michelle Foster, who says she got him in 1988 as a gift to herself for her 20th birthday.

The furry Maine Coon – type named Rubble recently turned 30 years old. For her birthday, her owner gave him his favorite treat and a free checkup at the vet. We bet this check is needed given his age, however, the cat appears to be in marvelous condition given the cat age. Rubble suffers from high blood pressure and is under treatment for the condition. But if you do the math, this cat has lived approximately the equivalent of 137 human years!

“He’s a lovely cat, although he has got a little grumpy in his old age,” said Foster. “He has plenty of life left in him yet, but I don’t think we will go down the Guinness World Record route as I am not sure he would like lots of people coming to see him or a fuss being made out of him.”

The world’s oldest cat to ever live

Before Rubble, there was Scooter, a Siamese from Mansfield, Texas. In April 2016, the Guinness Book of World Records officially recognized him, at age 30, as the oldest living cat. Unfortunately, Scooter passed away shortly after that.

The Guinness Book also has in its records the oldest cat to ever live. Creme Puff lived with her owner in Jake Perry in Austin, Texas. She lived from August 3, 1967, to August 6, 2005 – exactly 38 years and three days.

Here in Dogalize, we want to guarantee that your cat stays with you as long as possible. A great care and attention will definitively help achieve that. Allow us to help you provide your cat the life he deserves. Visit us to learn more.